These BC Acts will be going to Memphis, TN to compete and play at the 35th Annual International Blues Challenge (IBC).

This is an exciting opportunity for BC musicians to share in the limelight and excitement of Memphis, TN. While in Memphis you get to meet other musicians and fans, from all over the world. It is an experience you will NEVER forget!

A fundraiser is being held on Fri, Oct. 19th at the Eagles Hall, 33868 Essendene. More info here

ers to help us with this event both for organizing and during the event. Please consider helping us out. We need dependable, organized individuals who have that love of music. 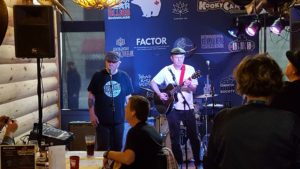 Over a combined 50-year span Mark Comerford (Guitar, Percussion, Vocals) and Hank Lionhart (Vocals) have been performing and recording the blues and were privileged to represent BC at the IBC’s in Memphis (Band Category) in 2015 with Uncle Wiggly’s Hot Shoes Blues Band. With just guitar and vocals, The Blue Hearts play original songs in a traditional style staying true to the Blues. Here’s a taste of the Blue Hearts at the semi-finals :

Thank you to Hank & Mark for representing the Fraser Valley Blues Society at the 33rd Annual IBC. They made it to the semi-finals but the competition was fierce so didn’t make it through to the finals. The audiences loved the Blue Hearts!

As a seasoned artist James Rogers has been playing the Blues for most of his life. He’s toured extensively, played with many of the greats and has released 4 albums to date. 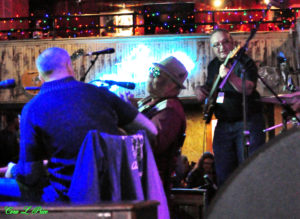